Eye Scan Therefore I am: The Individualization of Humanitarian Aid

The iris of an eye is surely one of the most individual parts of a person – a unique signifier of each one of us. Today, Syrian refugees standing at ATM machines in Jordan are being recognized by iris scanning technology so they can withdraw UN cash that enables their families to survive another month. 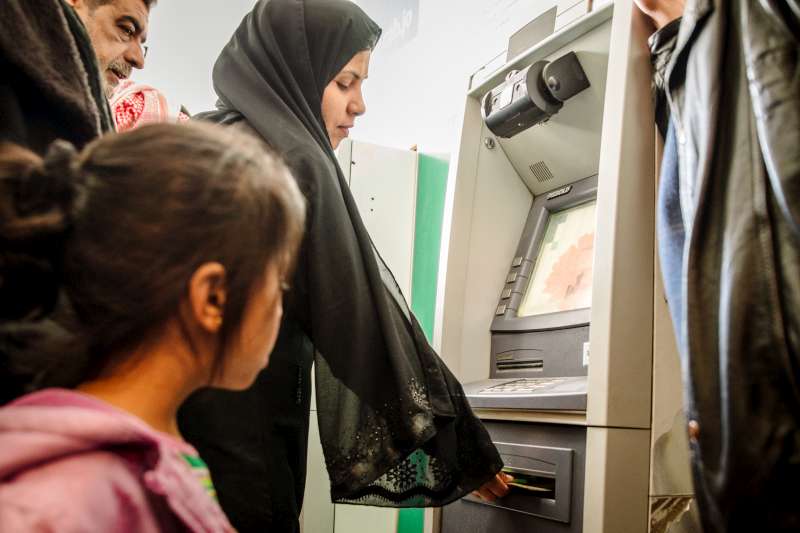 This level of individualization marks a high point in a process of the individualization of humanitarian aid in armed conflict that has developed slowly but surely over the last 150 years. Long before the UN Charter found its main purpose in “saving future generations from the scourge of war” and protecting the “dignity and worth of the human person”, modern humanitarian action had focused on the individual as the main subject of war.

In nineteenth century Europe, not everyone who roamed the gory remnants of a battlefield after the armies left the field was looking for gold watches. Often local women and religious were looking for the wounded to heal and comfort them. It was this informal tradition of battlefield charity that Henri Dunant, the Swiss founder of the Red Cross, happened upon when he found himself in the aftermath of the terrible battle of Solferino in 1859.

Dunant was horrified by the individual suffering in war and by military neglect for the wounded. But he was also inspired by the efforts of local Italian villagers to help individual wounded soldiers. Their humanitarian example inspired him to formalize the protection of the wounded in war and to make concern for the individual soldier the main focus of states in the First Geneva Convention in 1863 and of the International Committee of the Red Cross (ICRC).

Humanitarian action to care for individual wounded soldiers was soon followed in World War One by a wider concern for individual prisoners of war. Also in World War One, national Red Cross and Red Crescent societies and new relief societies like the Quakers, Save the Children and Herbert Hoover’s massive Belgian relief effort began to respond to the pressing needs of non-combatants, especially the ten million people displaced by the war. In the 1920s, the word “civilian” began to be used for this large category of people. Civilians then became a major concern for the ICRC and wider Red Cross movement.

Iris scanners in Jordan epitomize the most sophisticated attention to individual detail that is possible in a crisis in a middle-income context. Today’s emergency in South Sudan presents a much poorer and very different context but still reveals a determined humanitarian focus on the individual.

In South Sudan, every cow is named and regarded as an individual by cattle herding groups that dominate the country like the Dinka, Nuer and Mundari. Every cow is also a very valuable asset – a walking ATM of sorts. Each cow produces food and guarantees wealth for whole communities of vulnerable individuals across this war-ravaged nation. Cows pay for people’s education, marriage, land and health. Their grazing and survival is essential to the survival of the many individuals who depend upon them. 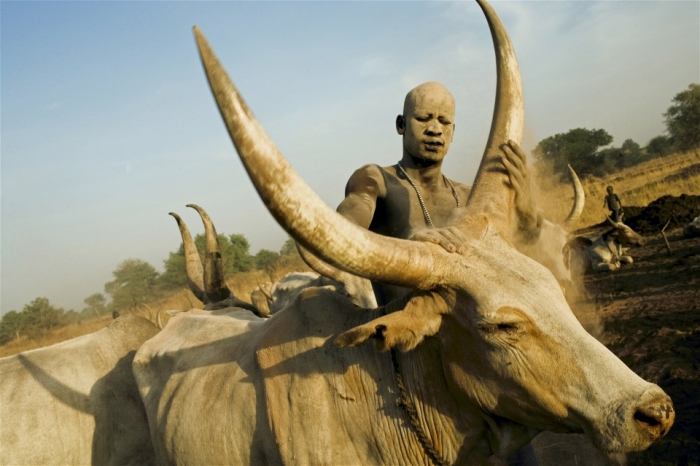 Today in areas like Jonglei and Upper Nile, many thousands of cattle are dying from infectious diseases that have greatly increased as the conflict’s front lines push herds into smaller grazing spaces and as cattle vaccination systems and veterinary care has collapsed.

For humanitarian agencies in South Sudan, one of the best ways to save and protect individual human beings is to keep their cows alive. This is why agencies like ICRC, FAO, and Vets Sans Frontieres are mounting a heroic effort to reach, cure and vaccinate individual cows in many parts of South Sudan where there are no roads and certainly no real ATMs.

The sad iris recognition between a Dinka and his cow that has slumped to the ground to die from liver fluke delivers no cash but only a realization of the painful loss of capital and family friend.

Even in such a very different eye-to-eye context than a Jordanian shopping mall, agencies in South Sudan are working to individualize humanitarian aid to an unprecedented degree. New mobile computerized technology is being used to register individual South Sudanese people in need of relief and rehabilitation aid, and monitor their progress. This is not easy to do in such a place but is a bold attempt to introduce a leap-frog technology that could produce more precise individual aid distributions and greater levels of accountability. Where termites and heavy rain have routinely demolished paper records, these new electronic records may make it safely to a server or a cloud somewhere to support more targeted programming efforts.

Many post-modern critics of humanitarian aid bemoan such individual attention to detail as excessive “humanitarian government” that exhibits dangerous Orwellian risks. They fear an international system that increasingly exercises intrusive biopower over the bodies of distant others. They describe a system that is driven by the logic of global control over problem populations in humanitarian camps and repressive lists based only on negative relief identities. They warn us off a global archipelago of humanitarian gulags.

But their dystopian fears are overwrought. The individualization of humanitarian aid in war that was made a formal part of international relations in Geneva long ago is alive and well in many different settings. This humanitarian attention continues to show that the suffering of individuals matters in the international law of armed conflict. War is not just about warring parties and collective aims but equally about the value and protection of individual human beings who are known by name and even by their iris to an international humanitarian system that is mandated to care for them.

The real logic in these increasingly sophisticated identification systems is to emphasise the individual. And most systems that emphasize individuals tend to respect them and ultimately empower and protect them.