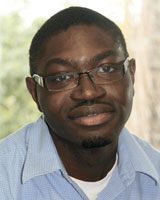 Dapo Akande is Professor of Public International Law, Yamani Fellow at St. Peter’s College, Co-Director of the Oxford Institute for Ethics, Law and Armed Conflict (ELAC) & the Oxford Martin Programme on Human Rights for Future Generations.  He has held visiting professorships at Yale Law School (where he was also Robinna Foundation International Fellow), the University of Miami School of Law and the Catolica Global Law School, Lisbon. Before taking up his position in Oxford in 2004, he was Lecturer in Law at the University of Nottingham School of Law (1998-2000) and at the University of Durham (2000-2004). From 1994 to 1998, he taught international law (part-time) at the London School of Economics and at Christ’s College and Wolfson College, University of Cambridge.