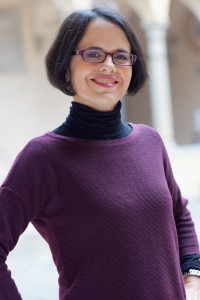 Jennifer M. Welsh is Professor and Chair in International Relations at the European University Institute and a Senior Research Fellow at Somerville College, University of Oxford.

She was previously a Professor in International Relations at the University of Oxford, and co-director of the Oxford Institute for Ethics, Law and Armed Conflict. In 2013, she was appointed by the UN Secretary General to serve as his Special Adviser on the Responsibility to Protect.

Professor Welsh is a former Jean Monnet Fellow of the European University Institute, and was a Cadieux Research Fellow in the Policy Planning Staff of the Canadian Department of Foreign Affairs. She has taught international relations at the University of Toronto, McGill University, and the Central European University (Prague).

Prof. Welsh is the author, co-author, and editor of several books and articles on international relations, the evolution of the notion of the ‘responsibility to protect’ in international society, the UN Security Council, and Canadian foreign policy. She was the Distinguished Visiting Fellow at Massey College (University of Toronto) in 2005, and a 2006 recipient of a Leverhulme Trust Research Fellowship and a Trudeau Fellowship. In 2014, she will begin directing a new five-year ERC-funded project on the ‘Individualization of War’.

Prof. Welsh sits on the editorial boards of the journals Global Responsibility to Protect and Ethics and International Affairs, as well as the editorial board for the Cambridge University Press BISA series in International Relations. She has also served as a consultant to the Government of Canada on international policy, and acts as a frequent commentator in Canadian media on foreign policy and international relations. She has a BA from the University of Saskatchewan (Canada), and a Masters and Doctorate from the University of Oxford (where she studied as a Rhodes Scholar).