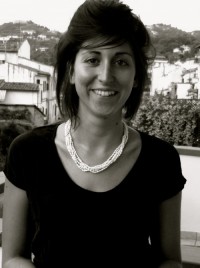 Dr Maja Spanu joined Homerton College at the University of Cambridge as a Junior Research Fellow in International Relations in 2016. Before that, she was a post-doctoral Research Associate within the ERC-funded project “Individualisation of War” at the European University Institute, Italy, whilst teaching at Sciences Po Paris, France. She received her Ph.D. in Political and Social Sciences from the European University Institute in 2015.

Her current book project, Hierarchy and Order after Empire: self-determination and the constitution of inequality offers an account of the twentieth century international system in which an ambiguous and contested idea of self-determination is central. She has sought to unearth a neglected side of the politics of self-determination, in which a combination of international “disciplining” and local practices produces stratifications among and within states. She is also starting work on a second project in which she looks at how specific individuals that were both colonial delegates and proponents of human rights at the United Nations maintained and transformed imperial visions of world order in the decolonisation years. The second part of the project will be concerned with reflecting on the legacies of civilisational structures that these individuals purported on more contemporary international relations.