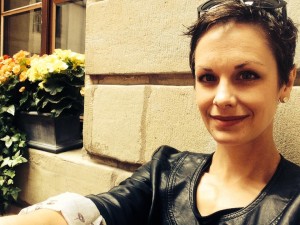 Heather M. Roff is a Senior Research Fellow at the University of Oxford, a Research Scientist in the Global Security Initiative at Arizona State University, a national Cybersecurity Fellow at the New America Foundation, and a Research Associate at the Eisenhower Center for Space and Defense Studies at the United States Air Force Academy. Her research interests pertain to issues of international security and global justice, principally in relation to emerging military technologies. She is author of Global Justice, Kant and the Responsibility to Protect (Routledge, 2013) and over a dozen articles relating to international ethics and emerging technologies, particularly autonomous weapons and cybersecurity. Her new book project, Lethal Autonomous Weapons and the Future of War examines the moral, legal and policy implications of these systems. She has testified before the United Nations Convention on Conventional Weapons as an invited expert on autonomous weapons. Her work appears in the Huffington Post, the Wall Street Journal, The Globe and Mail, and Slate Magazine.

Dr. Roff’s research interests include the ethics of emerging military technologies, such as autonomous weapons, cybersecurity, artificial intelligence and human enhancement. She is also interested in just war theory, the moral and political philosophy of Immanuel Kant, feminist political thought, human security, security studies, international relations, international relations theory and international law. She is most interested in the intersection of theory and practice, bringing philosophy and political theory to bear on pressing problems of international justice and human rights protection. Her normative work is guided by a strong foundation in empirical political science, as well as a robust understanding of various technologies and weapons systems.